On 10th September 2015 PlayStation Mobile is due to close. I released 3 games on the platform, Castle Invasion, A Bad Operatunity and Mouse Bounce. All 3 were small bite sized fun that wouldn’t look out of place on Google Play or the App store.

As a hobbyist developer at the time, PlayStation Mobile made me feel it was an achievable goal to make games that people wanted to buy and play. It was this feeling that lingered with me through a full time job and in the end prompted me to start Cat Trap Studios.

With a barrier free application process, fantastic devices to develop for and a marketplace that wasn’t yet crowded PSM seemed like a no brainer. On release, Castle Invasion was a success becoming one of the best selling games of the month far exceeding any expectations I had for it. I think this was down to: 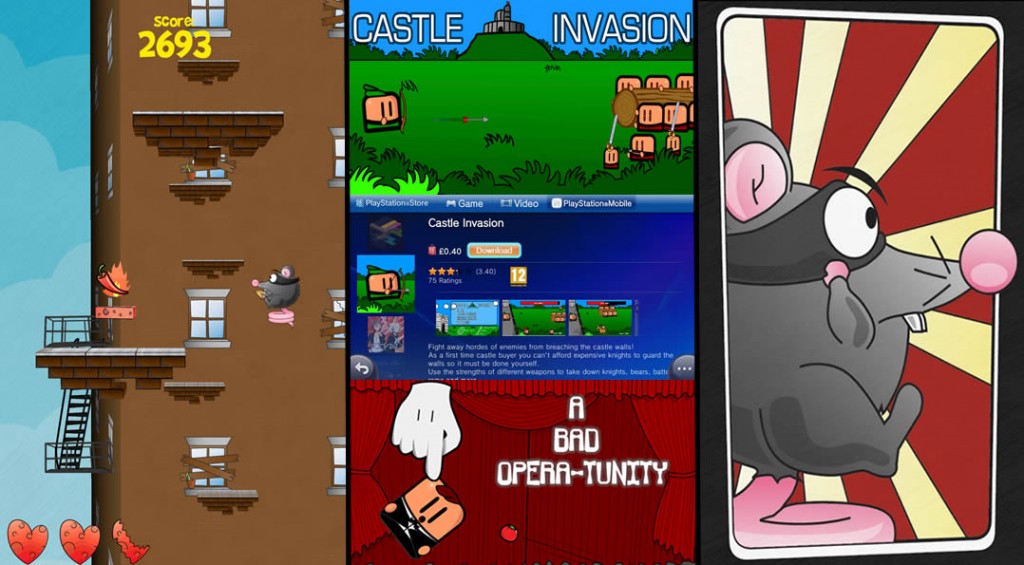 In 2014 the developers behind PSM made an excellent choice to support Unity. Millions of developers know how to use the engine and those that do will know how easy it is to deploy for additional platforms. My game Mouse Bounce was no exception, originally for iOS and Android I ported to PSM no problem. Sadly Unity support alone was not enough to build a community of developers and customers large enough to maintain the platform.

On the whole PSM had so much potential and I still think there is definitely a market for PlayStation quality on mobile phones and consoles. It might not have paid off this time but next time Sony try nosing into the mobile market place, and I’m sure they will, I’ll be first in the line of developers.