We’ve spent the last 2 years working on Merek’s Market, a game about running a medieval shop and I thought it might be fun to do a deep dive on the development of the haggling mechanic and how that mechanic changed over the course of development. We’ll be looking at it from a design perspective so don’t worry, this won’t get too technical.

Following on from the last post, I’ve updated the visuals to something your eyes might enjoy plus added more nodes and more levels. Don’t take my word for it, load this video into your brain.

Lets have a chat about a prototype I’ve been working on for the last few weeks then we’ll take a high level tour of how it’s put together.

On a recent VR projects we developed a system where interacting with elements in the world could set off a sequence of actions. As an example, putting your hands underneath a tap would be the trigger for turning on water particles and start playing running water audio. Setting these interactions up could be quite fun and often logical at the same time. This seemed like a good jumping off point to make a puzzle game.

Without further ado, here’s what I made:

As the previous tutorial videos have been well recieved I’ve been hard at work writing a series for absolute beginners to Unity. The first 2 videos are already live!

To complement last Octobers Unity UI tutorials I’ve dusted off the microphone and created a short series on Unity 2D characters. What people seemed to enjoy most about my previous videos was how I cut straight to the point, trying to keep the content as concise as possible. I’ve kept that front and centre in the making of these new tutorials. Here’s a little run down of what can be learned in each video.

Cutting away the clutter to make an animating, moving character as simply as possible. This video covers:

Improving upon the character from the last tutorial to make using him more efficient and robust. This video covers:

An alternative to the first video where a skeletal character is created and animated rather than using images. This video covers:

Depending on the popularity of these videos I’d be happy to carry on down this route or may turn to a different area of Unity.

Surprisingly, some of the highest visited pages on this site are still the pair of Unity tutorials posted well over a year ago. They’re here if you want to go have a look through:

To make it even simpler to digest the UI information from the tutorials, I’ve uploaded recorded versions to YouTube. My favourite to make was the “Scroll View in 60 Seconds”. Scroll views were something that kept tripping me up when I was new to the Unity 4.6+ UI system. For whatever reason, I kept forgetting how to set them up correctly. All it takes now is 60 seconds 🙂

Castle Invasion Review Round Up

As you hopefully know, Castle Invasion release last week on Xbox One, PS4 and PS Vita. We’ve been really happy with the reception it’s received. To showcase that we’ve collected some of our favourite review for the game. Peruse at your leisure…

Castle Invasion Through the Ages 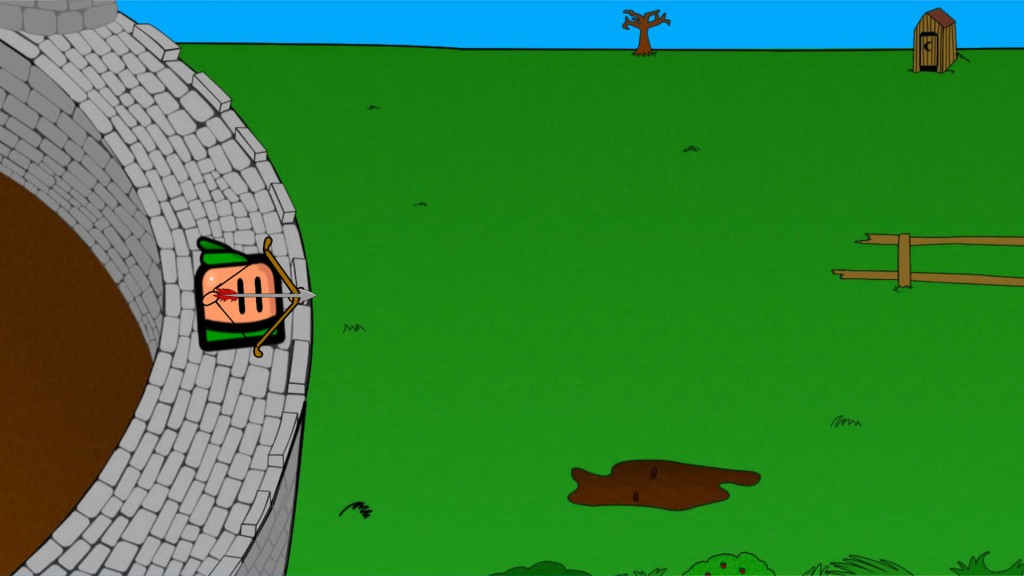 It’s been a long road for Adam(the artist) and myself but we’re happy to say Castle Invasion is available to purchase on Steam for Windows and OSX! We’re both immensely proud of the quality of the game and hope you’ll enjoy playing it.

If you’re still not sold give me 10 seconds to convince you. Ready the tag line:

“Castle Invasion is the fun, frantic challenge of defending your castle against an army of misfits.“

After two months of patiently wandering around the world of Steam Greenlight, Castle Invasion found the exit door and has been Greenlit. Hooray! A huge thanks to everyone that voted yes.