Mouse Bounce is chock full of 3rd party plugins with the aim of incentivising replay, sharing scores amongst friends and monetising the game. For any mobile game it’s expected to use at least some of the following.

Android uses Google Play Game Services to store scores and give users achievements. Both will need to be set up in the developer console, sit back and let this plugin take care of the rest.

For iOS GameCentre is already built into Unity. Lucky you.

It just wouldn’t be a modern game without in-app purchases, then again it also wouldn’t be free to download. Mouse Bounce has 2 types of IAP: 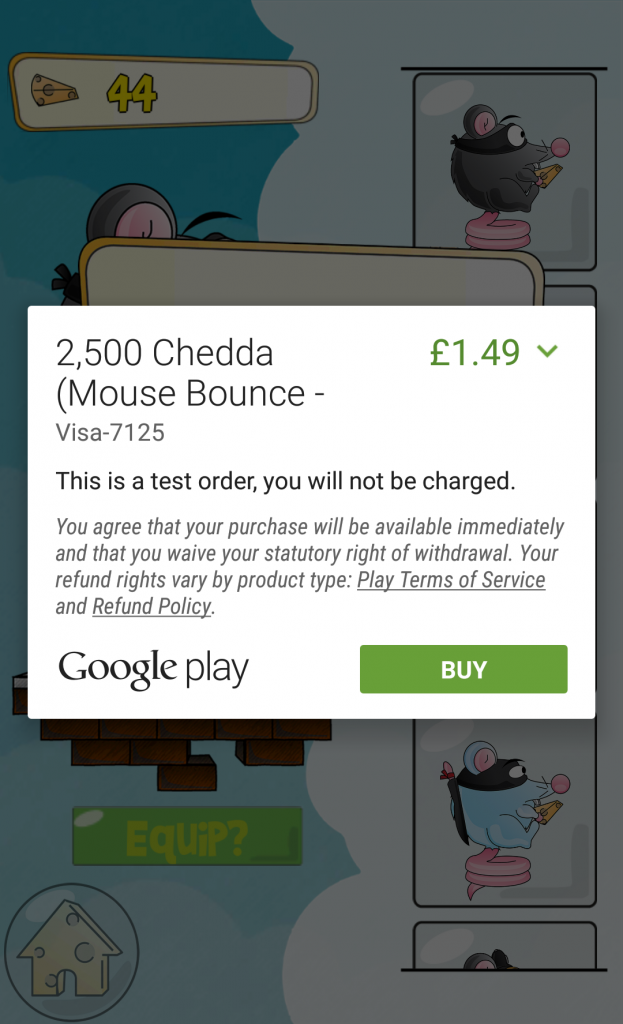 For setting this up in Unity I used Soomla for both iOS and Android. So easy to set up, it took far longer to create the IAPs on iTunes Connect and Google Play Develop console.

Sharing is caring, especially with freemium games. Including social media share features in your app can boost discoverability amongst users and their friends. I promise I only got a score this poor so I could take a screenshot. 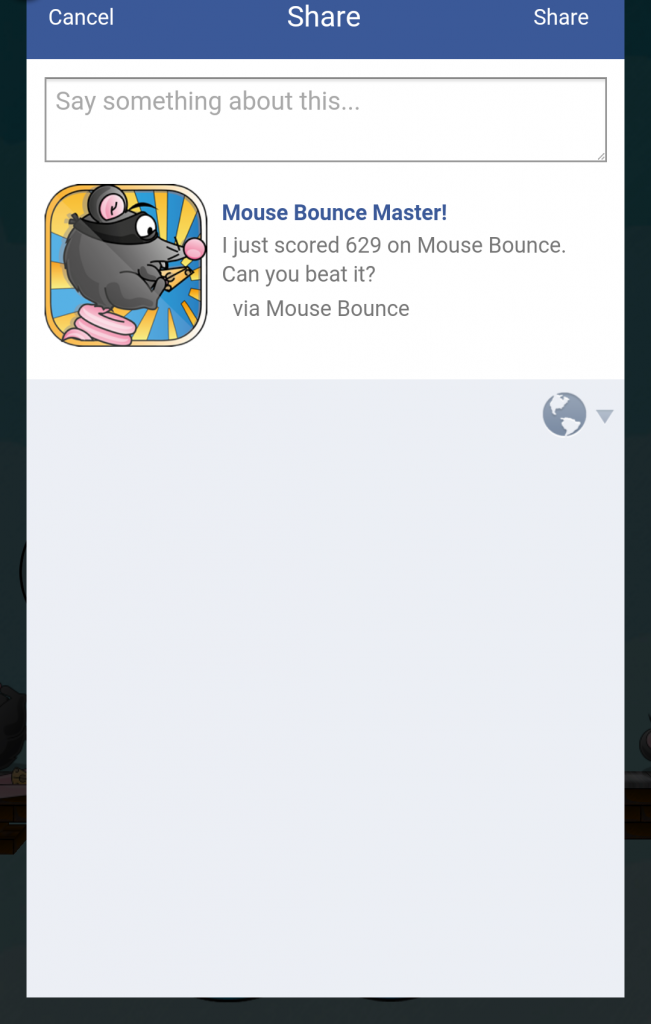 Facebook is another dead easy set up for Unity.

Chartboost shows full page (interstitial) ads for other apps on the App Store or Google Play. Mouse Bounce displays an ad every second play through. For every click you get a couple of cents, if the user then installs the app after clicking the link you can get a couple of dollars. Win!

It’s dead easy to drop in Unity, you should up and running in no time.

Game Analytics – A service that does what it says on the tin.

It’s never all smooth sailing, using third party plugins can have these drawbacks amongst others:

That’s a run through of what I used but this technology is changing all the time, becoming even easier to use. The biggest change since Mouse Bounce is analytics and Ads integration into Unity, there’s as much choice as ever for which services you would like to use and integrate into your game. Go wild!